I've been working on some new projects. But today is not a good day... It started probably with me waking up from our neighbour drilling, but hey, that can happen! I was able to finish the project I started yesterday and I quite like it!

But then I had to go and stand on top of my crochet-needle... So now it's broken. It's not into two pieces, since there is a rubber part that still connects is, but it is a lot less comfortable to work with. So I'll have to order a new one. Really not planned and really not in my budget, but it will have to do. And unfortunately it will take some time before the replacement is here, but it's worth it. I'm using Addi swing, cause all the other 'ergonomic' needles are just a bit too short for my hands. I love them, and thought they were pretty indestructable, but I guess even they cannot take my abuse. ;-)

So back to my projects, I'm making three at the moment, but I suppose more will follow. I have two unknown sexes and one girl with a mommy that has a fancy for pink. So pink it is! I was looking for a pattern that has some pink in it and in the end I picked the cow, since her mommy used to have a mug with a cow on it when we first met at work. I decided white would the best colour for the square thingy that is connected to it. Combined with pink of course. Unfortunately, I have used most of my white on the little snowmen I made for christmas. I usually prefer phildar coton, but since that is really not easly availbale in the UK, I decided to try Drops. I really really love their patterns, so my hopes were up high. But I am very disappointed about the quality of the yarn. I know I keep a tight graps on my yarn, but I'm pretty sure it should not split. Since I make most of my crochet for kids, I'd like them to be of good quality. And I don't want them to be falling apart when they play with it! That why I use safety-eyes and just to be safe additionally glue them as well. No mommy or daddy will have to rush to the hospital with an eye stuck in the kids nose if I can help it! No garantees though, I don't have a kid, so I can't test how destructive they are... Anyway, back to yarn, I am so not satisfied about Drops, I will just have to stock up with Phildar whenever I go to the lowerlands (or have people over :-D).

When R came home I asked him to give me some input on project 3. Asking what kind of animal is sexe-neutral. He decided on a walrus, but also decided that I was not making a cow, but a pink pegasus. Which is still pretty appropriate since mommy loves horses as well. It looks like a great idea, but I still have a problem here. The pegasus has hair... And how will I attach those without the kid pulling them out and eating it? I'm sure eating yarn is not very harmful and it won't be long enough to tie it around anything, but still... I don't like anything that can be detached... I thinking about glueing it, but that will dissolve if you wash it often enough. Any I suppose those little fingers can untie any knot quite quickly. At this moment I'm considering doing both, but if anyone has some input, I'd love that! 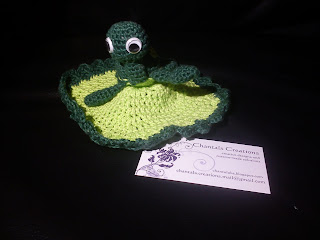 A picture of project 1 is attached (it's a turtle). Design of the animals by Maja Hansen, the square is just something I tried (and the square for the pegasus didn't really turn out to be a square). I'll post more pictures when I finish the others as well!
Gepost door Chantal op 09:33 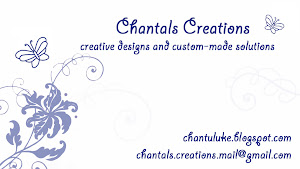